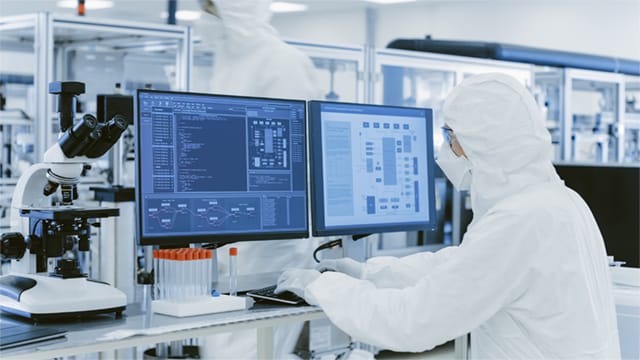 The OpenText solutions have proven their worth many times over in practical applications in our sector and they also meet our company specific requirements.

These regulations stipulate in detail how documents are to be dealt with and—as in the case of the Corrective And Preventive Action (CAPA) regulation—how deviations from standards, customer complaints, or audit findings and the resulting corrective and preventative measures have to be recorded, evaluated, documented, and much more. In the case of cooperation across multiple locations and parts of a company in particular, the level of complexity quickly rises. For example, a large number of documents need to be accessible across locations at the same time in order to be available for any ad hoc audits.

Getting compliance costs under control

As the Head of Quality Management at Vifor Pharma, Dr. Thomas Kaspar is the highest authority in matters of quality management, and also has shared responsibility for compliance. He joined the company in 2000 and has seen first-hand how quickly Vifor Pharma has grown organically and internationally. “We needed to harmonise a system and process environment that was becoming increasingly complex. And we had to do this in our local specialist departments but also across all the different organisations in Switzerland, Canada, the USA, UK, and France. Once we reached a certain point, our growth and the multitude of individual systems made it impossible to guarantee compliance at a reasonable cost using manual methods. The provision of audit-relevant documents alone became noticeably harder; we would have had to employ an army of staff to be completely compliant. The audit authorities also criticized the lack of interaction between our individual systems and the absence of any overall perspective,” Dr. Kaspar says of the situation at the beginning of 2010.

The introduction of the ECM system kicked off in 2010. “Unlike the major players in our sector, we only have limited resources and funds available for IT projects. We evaluated ECM providers that were of a similar size to us and a number of specialised systems, including in terms of costs. We chose OpenText and Deloitte for a number of reasons; the OpenText solutions have proven their worth many times over in practical applications in our sector and they also meet our company-specific requirements,” explains Dr. Kaspar. “Deloitte impressed us with its experience of complex OpenText projects, its outstanding knowledge of the sector, and its structured approach. Both parties also guaranteed us budget security. We could, therefore, be certain that the project costs would not get out of hand,” concludes Dr. Kaspar.

The objective was firmed up after the initial workshops. By summer 2010, Deloitte had developed an individual basic package for the departments of Quality Management, Regulatory Affairs, and Research and Development. For the R&D department, a central repository was a major priority in order to be able to efficiently handle and manage the enormous data volume that accumulates over many years from the research of a drug to its market launch in a legally compliant manner. The prototype was delivered on the basis of the OpenText Quality Management and OpenText Regulated Documents in November 2010, and was subsequently tested and optimised.

We see OpenText as an investment that will be an important one and the right one in the long term. We have brought about compliance today and we will no longer have any difficulties if we grow again in the future.

Three key processes for all healthcare providers were mapped with OpenText in the form of digital workflows: CAPA process, change control process, and Standard Operating Procedure (SOP). Approximately 24,000 documents were also migrated to the ECM system and Train the Trainer sessions were held. “There are always unexpected technical challenges where large IT projects with complex workflows are concerned. In the event of any problems, OpenText immediately provides specialists to find a solution together with you. We have found this special support extremely valuable for Vifor Pharma and many other projects,” explains Matthias Leybold, who has supervised a large number of ECM projects as the Senior Manager at Deloitte Consulting AG.

Vifor Pharma has been ensuring compliance with OpenText since early 2011. About 100 employees in a wide variety of departments are working with the system. “We see OpenText as an investment that will be an important one and the right one in the long term. We have brought about compliance today and we will no longer have any difficulties if we grow again in the future. We have harmonised many of our processes and reduced the diversity of our systems. Our specialist departments are extremely satisfied with the system. Audits cause much less work,” says Dr. Kaspar. “With OpenText, we have created the basis for the change from the paper world to the digital world. Documents are now available throughout the whole organisation from any location and at any time. We can now work in a much more agile manner across different time zones. If an audit takes place in Canada, all the relevant documents can be displayed at the click of a button, just the same as in Switzerland or anywhere else. And we are only at the beginning. We have released the system to up to a thousand users and we will then gradually roll it out to other regions and parts of the organisation. The more departments are connected, the greater the benefits and cost savings will be. As the use of the OpenText solution becomes more widespread within the organisation, the amount of work involved in managing content and processes in a manner compliant with the regulations will decrease.”

With member companies in more than 140 countries and 182,000 employees, Deloitte has first-class resources and local know-how to be able to help its customers succeed. The services in the area of enterprise content management range from strategy and business case to design and the implementation of innovative solutions in the various sectors. As an OpenText Global Platinum Partner, Deloitte is ideally positioned to support customers in their ECM projects in a targeted and competent manner.