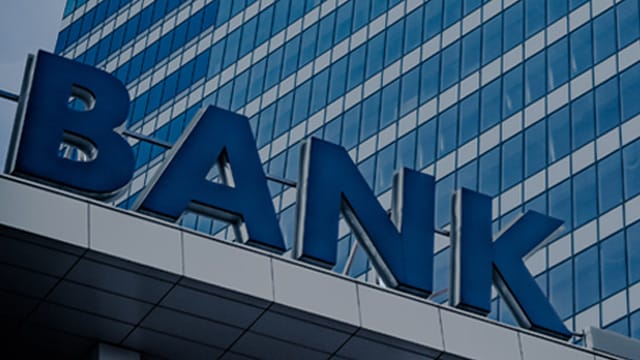 We’ve been able reduce the complexity of our IT infrastructure and that has resulted in lower operational costs. The old system prevented us from having a practical redundancy policy, it was too complex. OpenText Cordys, with one single, central database, has eliminated those barriers.

Criteria for selection included speed of development, ease of use and future flexibility. The best fit: OpenText™ Cordys

During 2012, CIZ established the objectives for the new solution. Cost reduction, more agile update and release processes, and a greater level of process management, automation and reporting were key to their requirements. A simplified architecture, enabling redundancy to be built into the solution, would reduce risk in the event of a systems failure.

“We carefully designed a scoring system to evaluate vendors who responded to our Invitation to Tender. This covered speed of development, ease of use, future flexibility and, of course, price,” said Robin van Iperen, program manager and strategic advisor to the Board, CIZ. “OpenText Cordys came out on top and was the best fit to meet our needs.”

Early in 2013, CIZ commenced implementation of the Cordys-based solution. This would involve extensive scoping, design, development and testing. Working with systems integrator Atos, CIZ appointed one of their 10 operational unit managers as project owner.

“Having the project owner on site every day meant that whenever decisions needed to be made, she was available. We had the business, third parties and IT co-located, making communications much simpler,” added van Iperen.

One of the key objectives for the project was agility. Change requests had previously taken up to six months to reach production. Throughout the project implementation and beyond, CIZ adopted the Scrum methodology for agile development. CIZ is now in the position where they can release new developments into production on a daily basis, but choose a six week cycle.

The cost of maintaining the old solution, with its fragmented architecture and distributed databases, was a focus for CIZ when drawing up new requirements. OpenText Cordys has allowed CIZ to address this, enabling numerous legacy systems to be decommissioned and offering other benefits, as well.

“We’ve been able reduce the complexity of our IT infrastructure and that has resulted in lower operational costs. The old system prevented us from having a practical redundancy policy, it was too complex. OpenText Cordys, with one single, central database, has eliminated those barriers,” said van Iperen.

With business data now under control, the cost of making changes is much lower and can be performed with greater agility. Management reporting has been improved, as has the throughput of cases, enabling CIZ to better meet their operational targets.

Our users appreciate the logical flow and the automation of mundane process steps, and that their way of working is much better supported and the freedom they have to apply their expertise and judgment.

CIZ set out to implement a level of process control that would ensure consistency across all operational units and locations without being overly inflexible to users.

“We wanted users to be on side with this key investment. Our users are the experts in assessing and processing each case that we handle. The OpenText system has allowed us to build that flexibility in, providing process efficiency but also giving our knowledgeable users the ability to apply their judgment on a case-by-case basis,” added van Iperen.

The co-location of teams had a positive effect on the implementation. By working the way they did, CIZ realized that they could provide a better solution by not being over-prescriptive in their process design, giving users the freedom to decide the next step in a case.

“Our users have been very positive towards the new OpenText Cordys solution. They appreciate the logical flow and the automation of mundane process steps, and that their way of working is much better supported and the freedom they have to apply their expertise and judgment,” explained van Iperen.

Improving the user experience and efficiently automating process steps, with 100 percent of cases within target

When an individual makes a claim for exceptional medical expenses, they typically do so online. The application enters the OpenText system and is routed according to data points that have been captured, largely automatically. This was previously a manual, labor-intensive process.

“With OpenText, we’re now handling 80 percent of cases within two weeks, and 50 percent within two days. 100 percent of cases are processed within the six week target,” added van Iperen. The only exceptions to the six week target are those cases awaiting external input, for example a report from a medical specialist or test results. The solution provides accurate, up-to-date reporting on cases that are about to surpass, or have surpassed, the target timelines with detailed management information.

In addition to the 1,200 or so internal users of the solution, approximately 15,000 external users are also benefitting from improvements made possible with OpenText. For example, online applications can now be suspended and saved as a draft, enabling users to return at a later date, perhaps with additional information. PDF exports of applications can be downloaded and questions are now more intelligent, with conditional branching shortening and simplifying the process for many.

Process consistency and instant availability and visibility of new and updated cases means that CIZ is now better able to plan and deploy resources, for example, when planning house visits to assess patients. Once a case has been processed, the system also stores an electronic copy of the outcome within the case, ensuring all communication and information is at hand for future reference or appeals. Ensuring the full case history is securely and consistently captured also helps CIZ remain compliant with their information governance standards.

“The OpenText solution has opened up so many possibilities for us to improve our processes beyond the giant leaps forward we’ve already made. We’re delighted with the solution and we’re even short listed as one of six finalists in a national award for the most successful government IT project,” concluded van Iperen.

CIZ (Centrum Indicatiestelling Zorg) is the Dutch Care Assessment Agency, responsible for overseeing the Dutch Ministry of Health guidelines on the eligibility of care under the exceptional medical expenses act. Handling over one million cases each year, CIZ is effectively the gatekeeper of €28.5 billion of central government funding. Formed in 2005 from 78 separate regional municipal units, their 1,400 employees operate from their Driebergen headquarters and a number of regional centers.