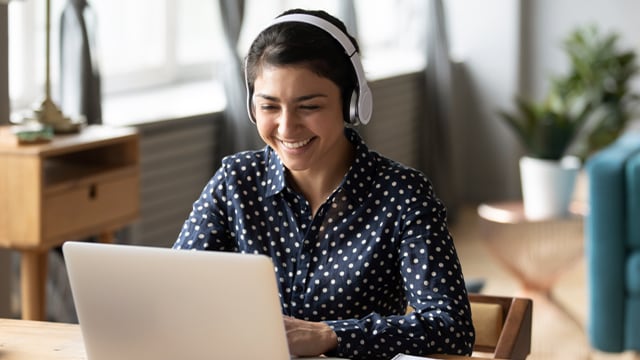 We chose OpenText because it had the optimal solution and the team continues to deliver on that today.

Previously, Capitec’s client acquisition procedures relied on paper-heavy methods that resulted in waiting periods. “Finding paper files would slow everybody in the process,” Lennox says. Capitec chose to digitize this process with OpenText™ Documentum™ to create a secure, digital repository for client documents that is now core to the Capitec banking system. Authorized stakeholders can now easily access all client interaction in a central location.

“When it comes to our IT communications infrastructure, we’re agnostic and look for only the best. We don’t put all our eggs in one basket with one vendor,” noted Steve Mack, UW Manager of Telecom Operations. “We chose OpenText because it had the optimal solution and the team continues to deliver on that today.”

When Mack initiated an evaluation of solutions to replace the university’s Octel system, top contenders were included in the discovery process. A number of key factors played into the decision-making. First, UW needed a solution that could easily integrate with its existing Avaya IP and digital telephony systems as well as deliver unified messaging to its mixed email landscape—Google Gmail, Microsoft Exchange, and Office 365 in the future.

The university also needed a seamless transition with minimal disruption to its 18,000 faculty and staff members who are spread across different departments in more than 200 on-campus buildings and off-site groups including research facilities abroad. The new solution also had to be robust. With UW’s extremely high call volume of up to 300,000 calls per month, the university needed scalability and resiliency. Lastly, UW wanted a comprehensive collection of advanced unified communications mobile features that could take users to the next level of productivity. When the evaluation period was completed, OpenText stood out. “Not only did CX-E meet all of our initial requirements, it was hands-down the easiest to administer,” Mack said.

Rather than migrate all 18,000 UW users at once, university IT staff opted to first roll out CX-E to a select campus population. Mack said there was some concern users might be resistant to change, many hadn’t touched their mailboxes in years.

The concern, however, was unfounded. “The cutover was pretty transparent. We got a lot of compliments about how easy it was,” Mack said. Thanks to the Octel TUI emulation, the transition was painless.

Not only did CX-E meet all of our initial requirements, it was hands-down the easiest to administer.

Today, all 18,000 UW users are on CX-E, “from researchers over in Africa to the English department here on campus,” Mack continued. UW’s CX-E integration also includes voicemail support for nearby Harborview Medical Center. The hospital is the only designated Level 1 adult and pediatric trauma and burn center in the state of Washington and serves as the regional trauma and burn referral center for Alaska, Montana and Idaho.

Because downtime is not an option, UW deployed CX-E Neverfail with two call servers and a hot-standby system server. Through proactive real-time monitoring of the UW hardware, software and network environment, the system predicts issues and corrects them before they have impact. When the university needs to conduct maintenance or upgrades, the multi call server architecture allows the system to continue to answer the phone, transfer calls, and take messages.

For maintenance assistance or troubleshooting help, UW utilizes CX-E Voice Enterprise XpressCare, a service that allows campus staff direct access to OpenText technical support team, day or night. “Enterprise XpressCare has made a tremendous difference for us. We can always count on the team to come through in a pinch—even over the Thanksgiving holiday weekend,” Mack said.

Unified messaging brings an added level of expediency for UW users. The convenience of accessing voicemail messages through any email, mobile device or the web is appealing to busy staff members who are always on the move. Plus, the added flexibility of configuring CX-E with a secure web interface to access voicemails in all campus email systems—from Google to Microsoft—keeps UW IT staff smiling.

“OpenText really listened to us,” Mack said. “Even after 8+ years of working with the company, it is still listening and we look forward to the new upcoming features we have requested. It’s just a joy working with a company that actually delivers.

The University of Washington (UW) is one of the world’s preeminent public universities, including a #1 ranked Medical School and other top colleges. With an enrollment of 54,000 students served by 18,000 faculty and staff, UW has 16 colleges and schools that offer 1,800 undergraduate courses each quarter. The institution confers more than 12,000 bachelor’s, master’s, doctoral and professional degrees annually.