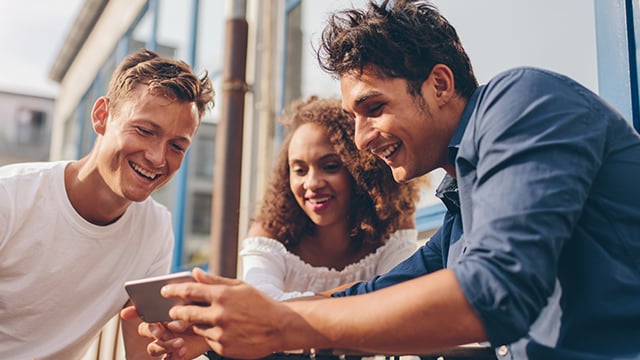 We took advantage of the user-friendly modules and developed an end-user-based approach that allowed folder administrators across the company to help classify the documents.

In 2000, Sprint implemented OpenText™ Content Suite as their electronic document management system. Known as “Doc-Share,” the system gave employees a central repository for storing and sharing electronic documents. To deal with the explosive growth of electronic documents, Sprint added more storage, but this temporary solution was getting more and more expensive. In addition, the system offered no means to enforce retention periods and disposition rules and no way to designate certain documents as records.

During eDiscovery exercises, extremely large sections of the repository would have to be collected by the legal department for analysis with no way to narrow the scope via proper information retention and classification. Instead of sifting through potentially thousands of documents, the legal analysts at Sprint had to sift through millions.

Scenarios such as these were driving up costs within the enterprise as well as widening the opportunity for legal problems. Sprint needed a way to enforce retention periods and to designate certain documents as records.

“In order to make this project a success, we knew we needed a tight integration between our document management and records/ classification management tools,” said Scott Granger, manager, Intranet Portals and Content Management at Sprint.

“As a long-time customer of OpenText, and since the records management module was already being used successfully to maintain the inventory of archived company records, it was a perfect match to utilize OpenText™ Records Management and OpenText™ Classifications in Doc-Share. The modules were user friendly, could be easily extended to everyone across the enterprise and would not require a major learning curve or major involvement from the IT help desk. The OpenText solutions were the only viable way to gain control over the number of records in existence as well as those being created on a daily basis.”

A diverse team, including representatives from IT, legal, records management, corporate communications and HR, was created to take on the project.

“We knew from the beginning that, although the records management and classifications modules were going to be implemented, they could not simply be turned on to solve the problem. There would be a lot of work to do after the tools were installed,” explained Granger.

“This step was imperative in simplifying the classification process for our end users,” said Granger.

Only four of the records families had a “flat retention” period and used the record date in Doc-Share to calculate retention. The remaining seven had event-based retention rules that used the status date field. Since the fields automatically populated and updated, the lifecycle management process was virtually transparent to the end user.

End users from each department had their own classification type, and they were educated on what the retention period was for whichever classification they applied to the record.

“They upload their document to a specific folder and don’t even realize that they just classified that document based on that folder’s retention policy. This way, they don’t have to select one every time they upload a document,” explained Granger.

Staff were also given a notification when the retention was about to come due in case they wanted to move it or it was a work in progress.

“We have about 120,000 active users, but you could probably interview ten Sprint folks and eight or nine of them would have no idea that they’re classifying content when they upload a document,” said Granger. “It’s that easy.”

The user-friendly solutions from OpenText allow the records management process to integrate seamlessly into the way people work today.

When the project officially began in 2009, the Doc-Share repository contained well over 10 million documents, and the team at Sprint faced a daunting task.

“How do you classify millions of documents when the project team is no bigger than 10 people? We knew we could not do it ourselves, so we took advantage of the user-friendly modules and developed an end-user-based approach that allowed folder administrators across the company to help classify the documents,” Granger said.

The team identified their top-level folders and designed communication and training plans for each. Some folders corresponded with major organizations within the company (e.g., finance, sales/marketing, IT). Then the team reached out to the directors of each impacted organization to explain the program and request a project manager.

“When we started the program, we considered introducing it as a mandate from the IT team. However, we soon changed our approach, realizing that we would get much better results if the message came from the legal team. We had the initial communication come from our chief legal counsel saying, ‘Hey, we’ve got this great new process coming down the pipe. Expect a note from our IT and records management folks. They’re doing this initiative, and this is why they’re doing it,’” explained Granger.

“Getting people to understand why we’re doing it instead of IT trying to tell them to do it was much more effective. It carries a bit more weight when the chief legal counsel emails you,” said Granger.

“Make sure you have the tools in a variety of formats to help end users classify their documents consistently and accurately,” said Abby Schmidt, records manager at Sprint. “This is imperative when requiring content owners and users to classify their material.”

“Abby spent countless hours on this project and was instrumental in making this happen,” stated Granger. “We also created several sites where users can get job aids, training links and other reference material.”

Granger recommends lots of communication: “I think keeping our users informed and explaining to them why they’re doing it was so helpful. Maybe it was just that it was coming from our legal team, but the way they worded it and put some monetary values around it definitely helped carry some extra weight.”

He also recommended having patience.

“Allow a lot more time than you’d probably think for an initiative like this because there are so many people you have to engage and so many teams you have to work with that it is kind of slow just getting the wheels going in each organization.”

The OpenText solutions were the only viable way to gain control over the number of records in existence as well as those being created on a daily basis.

User adoption proved very successful. Once the users understood why they were doing it, the adoption was very strong.

The project’s mission was to reduce legal exposure and associated costs, including long-term storage costs, by implementing records management and classification practices. Sprint saw tremendous results from the implementation. More than 14 million documents were classified. They were also able to reclaim over 1TB of storage space as people cleaned up content.

The scope of this project was enterprise wide and included all documents ever uploaded to Doc-Share as well as all new documents. The organization achieved its goal of 100 percent classification rate on documents within Doc-Share.

It was estimated that the legal fees associated with eDiscovery just within Doc-Share exceeded $1,000,000 per year.

“As we continue to navigate through an ever-changing electronic world filled with regulations, legislation and other business requirements, we are adapting to the paradigm shift from a single records manager for a corporation to a distributed model where the content creator is now aware, able and required to classify content appropriately because they truly understand the value. The user-friendly solutions from OpenText allow the records management process to integrate seamlessly into the way people work today,” concluded Granger.

Sprint is now part T-Mobile, which offers a comprehensive range of wireless and wireline communications services bringing the freedom of mobility to consumers, businesses and government users. For more information, visit: www.sprint.com.