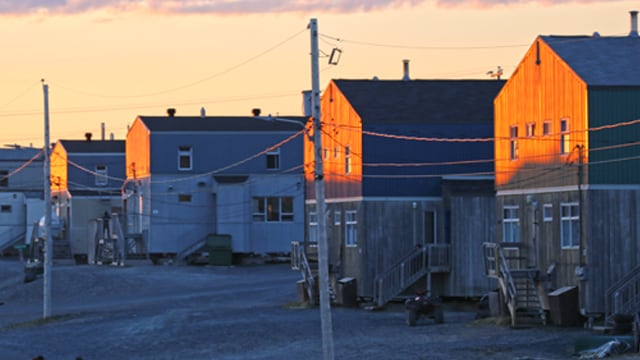 We appreciate the fact that OpenText can work under tight deadlines, yet provide quality work.

To meet the needs of its residents, the KRG—with elected members from each of the 14 communities—prepares communications in Inuktitut, French and English for several departments, including Nunavik parks, regional and local development, environmental services and more. Documents or notices are created as needed. Some communications require same-day release, others follow predictable report cycles.

Though English and French are often used in business and government relations, at least 90% of the population served by the KRG exclusively speak Inuktitut, the second-most widely spoken Aboriginal language in Canada. Inuktitut translators generally work from English texts. As such, information written in French must first be translated to English, then translated from English to Inuktitut. Following an open tender in 2020, the KRG selected a new partner: OpenText™ Translation and Localization Services. “It came down to two essential points: reliability and quality,” said Rhéal Séguin, director of communications for the Kativik Regional Government. “OpenText Translation Services satisfies both needs undeniably.”

Furthermore, migration proved seamless. “The transition to OpenText fit like a glove,” noted Séguin. “There were no miscommunications, miscues or delays in receiving the documents. Everything just worked perfectly.”

The KRG relies on OpenText for both English to French and French to English translation efforts, producing material that can then be prepared by Inuktitut translators. OpenText offers efficient and seasoned experience in returning translations by established deadlines and in a manner that supports the KRG’s mission to provide public services to the Inuit people of Nunavik.

Séguin pointed to a number of areas in which OpenText meets or exceeds the organization’s needs for reliability and quality:

OpenText strives for consistent translations, conveying information without adding extraneous material or removing essential details. When KRG requests arrive, the dedicated team of OpenText translators jump in, refining insight through daily translations. “OpenText offers us the same translators to do the work on a regular basis, which is important to us,” Séguin stated. “They get a good sense of the cultural subtleties that are required in translating a text.”

Working with OpenText not only provides us better service, but we also get cost savings.

For vendor selection, the KRG took note of OpenText translation work for other federal and municipal entities, outfitted with the precise language and advanced language skills necessary to address policies and other official government-related issues.

As a translation and localization resource with more than 200 people in 20 countries, OpenText also offers understanding of wider global issues as well as specific characteristics of the Quebec Far North, its people, history and culture.

The KRG can contact OpenText at any time to check the status of a translation project. “We appreciate the fact that OpenText can work under tight deadlines, yet provide quality work,” Séguin said. “We especially like the certainty that they will deliver the translations on time.”

During its open tender process, the KRG found OpenText proposed higher quality translation for a better budget than its previous provider. “OpenText met all of our needs and had the most engaging bid among the 11 contenders,” Séguin said. “Working with OpenText not only provides us better service, but we also get cost savings.”

Like other government entities, the KRG continues to expand its communication methods and requirements, increasing social media posts and delivering cross-department projects. Based on successful efforts in other areas, the organization is even expanding its partnership with OpenText to include technical writing and translation for annual reports as well as other projects involving Nunavik communities.

In total, OpenText capabilities assist the KRG as it provides lifesustaining services to remote villages. Provision of timely, top tier service with always-there reliability support a lasting partnership, according to Séguin. “We’re quite impressed with the efficiency of OpenText, and also with the professionalism of the work that’s being done,” he said. “It’s a good relationship and I hope it continues.”

We’re quite impressed with the efficiency of OpenText, and also with the professionalism of the work that’s being done.